Around the world, April is commemorated as the earth month. With a little more awareness and care for mobile phone recycling, we all can ensure a safer and better world. Every month will then be an earth month but that, is still a far cry.

With new technology pouring in and mobile phone devices getting cheaper, there should be no surprise in frequent upgrades from end consumers. On average, after every 24 months consumers change their handsets. Most of the old devices are recklessly thrown away and end up in landfills. Instead, we should recycle used mobile phones. 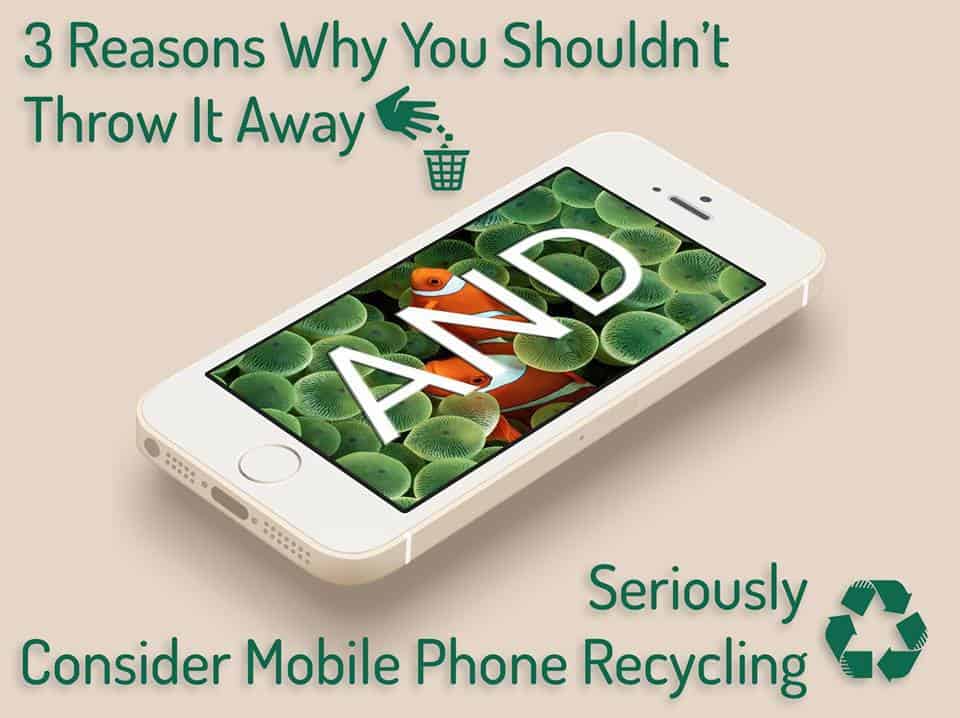 Apart from the damage it causes to the environment, there are other benefits that we are missing on by simply throwing them away. Although, as numbers suggest, there is a skyrocketing increase in mobile phone recycling but still, it is only 20% of the total number.

So, without further ado, let us see why you should recycle old mobile phone instead of throwing it away:

Extraction And Re-use Of Precious Metals:

In US alone, E-waste is growing at an annual rate of 8%. E-waste is composed of metals and therefore, does not decompose in the soil. The figures are alarming since a large number of old mobile phones are still discarded and not recycled.

Mobile phone recycling, not only protects our environment, but also provides an opportunity to collect these precious metals. Precious metal like copper, iron and silver can be extracted from recycling used mobile phones. They can then be used in other industries like automotive manufacturing and electronics.

One of the most important implicit benefits of recycling old mobile phones is the conservation of energy. Recent studies suggest that a single mobile phone can save up energy that is adequate to power a laptop for about 40 hrs.

The figure is just mindboggling, if we consider total of 130 mobile phones yearly that are carelessly tossed aside in US only. Reusing already available metals and other materials saves up energy that will otherwise be consumed in manufacturing, mining or transporting them. Another estimate suggests that if all 130 million mobile phones were recycled by Americans, it will be enough to power 24,000 homes yearly.

Getting Rid Of Toxic Materials:

Mobile phone recycling also aids in getting rid of toxic materials found in mobile phone batteries and other accessories. Elements like arsenic, mercury and lead are hazardous.

If left on their own on garbage sites, they will eventually end up in nearby water reserves or will seep in to the ground water. This pollution of water is a threat to all living, including, human beings. Recycling of old mobile phones will curtail this hazard to morph into a substantial by simply keeping them in use.

Other than these bigger causes, a meaner but more practical advantage of recycling old mobile phone is that you can actually earn money by doing so. There are companies out there who are willing to pay for recycling your old iPhone.

Extra cash for something that will otherwise rest in garbage is not a bad deal at all. Moreover, you are also contributing towards a greener, safer and sustainable environment.

« « Previous Article
How to Promote Your Business With Lenahai Classified Site
Next Article » »
Keeping Up With The Latest Trends in Cryptocurrencies!